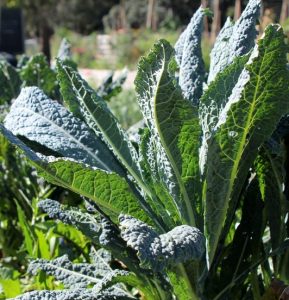 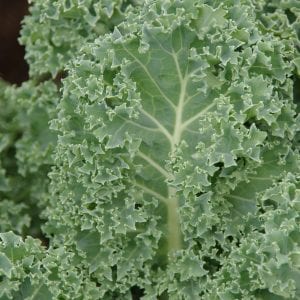 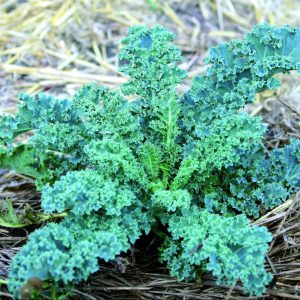 Kale is usually available from the NSCF Organic Farmers Markets or you can grow it from seed available at the City Farm Nursery.  Kale is a non-hearting cabbage originating from Europe. It is hardy, frost-tolerant and drought tolerant. It has a number of varieties, the curly-leafed being most distinctive. It is best grown as a cool-season crop in the subtropics.

Kale is rich in Vitamin K as well as other vitamins and minerals, especially manganese.

The leaves and stalks can be used in stir-fries or stews or to make kale chips. 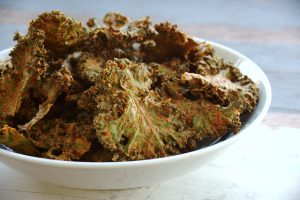 Note: A dehydrator can be used instead of the oven if you have one. 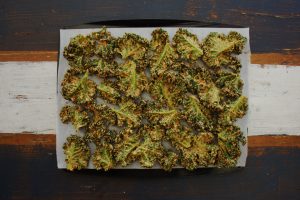