You are here: Home / Farming / Gardening with guilds

Have you heard the term garden guild or guilding before? If you have, it’s probably been used in the context of agro-forestry and forest gardening, as this is where the concept is most commonly applied. Guilding is a Permaculture technique that recognizes the relationships in nature, especially in a forest system, and applies it to productive garden and orchard spaces.

When I was living and working at Rancho Mastatal, a Sustainability Education Centre and operating permaculture farm in rural Costa Rica, we established and maintained planting guilds throughout our agro-forestry orchards. But don’t be mistaken, you don’t need acres of land to use guilding, it is an incredibly adaptive and useful tool to use anywhere, in any productive garden setting.

In simple terms, a planting guild or garden guild is a harmonious collection of plants comprising two things, primary crop species and secondary support species. The primary species are commonly the food producing plants and the secondary species have functions to support the healthy growth and abundance of the primary food crops. These functions can include pollinator and good bug attracting species such as marigolds and other flowering plants, nitrogen-fixing species such as pigeon pea and pinto peanut, fungal deterrent species such as turmeric and ginger, pest deterrent species such as citronella, erosion control such as vetiver grass and chop and drop species for mulching such as arrowroot.

Guilds can be established in two main ways, either by guilding each single plant in your garden or by guilding the garden as a whole. If guilding each plant individually the primary crop species is usually in the middle of a guilding circle or half circle, with the support species around it. At Rancho Mastatal this method was used in the orchards around young tropical fruit and nut trees. Many of these trees take 10-15 years to start producing food so a healthy start in life is crucial for them. This was a useful method of planting because not only did the guiding circles help to locate the tree seedlings, it was also easy to manage them, with all the materials for healthy growth in one place.

If the entire garden is established as a whole guild, primary crop species are planted throughout the space and support species are interspersed between them. This is a great way to plan the urban garden. Whichever method you choose, the main thing to remember when establishing a guild in your garden is that all you need to do is define two things, your primary crop species and then decide which secondary species are going to support your primary crop. If you have separate garden beds you could choose to grow different primary species in each and different secondary species to support them.

Below are a few examples of urban garden guilds you could use at home. 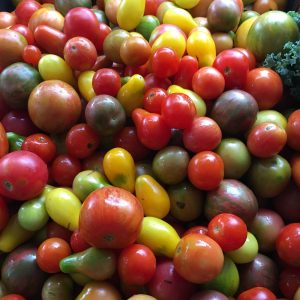 Why it works: Tomatoes are heavy nitrogen feeders and beans fix nitrogen in the soil. Nasturtiums attract bees and other beneficial insects and also add color to the garden, as well as creating a ground cover for the soil. And corn provides a natural, food-producing trellis system for the tomatoes and beans, as well as mulch from the husks. 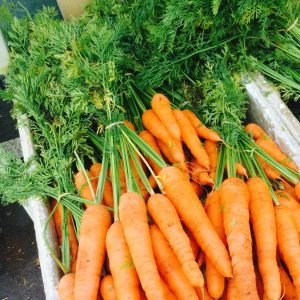 Why it works: Oregano has a strong scent that helps to deter garden pests. It also forms a thick ground cover for the soil. Marigolds provide color and attract pollinators and beneficial insects. And carrots aerate the soil and provide a root crop, utilizing the space more efficiently. 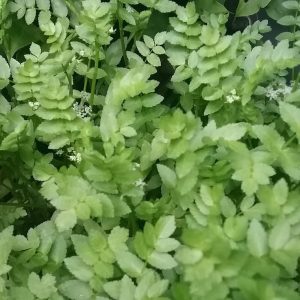 Why it works: Land cress is extremely attractive to common chewing garden pests but it’s also highly toxic to them. So it does two things, keeps chewing pests off your primary crop and naturally eradicates the pests from your garden. It’s also a delicious peppery addition in salads. Thyme attracts pollinators to your garden with its beautiful flowers and it’s a tasty culinary herb. And garlic produces a supplementary crop that uses minimal space while also helping to keep pests out of your garden with its scent.

Guilding your home garden is an extremely effective method to maximize your yield outputs and minimize your labor inputs. It is important to remember when establishing guilds which plants grow well together in terms of water, soil, sunlight and so on. Companion planting guides are a great place to start. From there, consider what you want your primary crop species to be and then decide what support species are going to benefit the primary species, and you, most efficiently.

I always use the permaculture principle every element has multiple functions to determine my support species. For example, nasturtium in example 1 above, provides ground cover for the soil, it attracts pollinators, it’s beautiful and it can be used in the kitchen. Land cress can be used in the kitchen, it eradicates chewing pests and it can form a ground cover over the soil. If you can come up with at least three uses/reasons why you’ve selected the support plants you have, then you’re on the right track!

So who’s ready to start their urban garden guild? The City Farm Nursery has everything to help get you started!